The 5th generation design of VAWT builds on 20 years of research and development accumulated at Sandia Labs, FloWind Corp. and another private venture. Incorporating the latest developments in the wind power industry, it is the result of incremental design improvements:
- The 1st generation turbines of 175 kW in the early 1980's;
- The 2nd generation of 500 kW in the late 1980's;
- The 3rd generation with Extended Height to Diameter (EHD) rotor using fiberglass rather than aluminum blades (1995);
- The 4th generation with an EHD rotor and a variable speed direct-drive generator (2005-2015).

Incorporated in 1981 in California, FloWind Corporation is recognised as the most successful commercial operation of VAWT in history. Using what has become a rather conventional two-blade configuration, known as the Darrieus design, FloWind installed more than 500 turbines in California’s Altamont and Tehachapi passes. By the end of 1985, FloWind had installed 95 MW of its signature product.

In 1998, Flowind sold its 95 MW of wind farm assets to a consortium including Danish turbine maker NEG Micon, British developer Renewable Energy Systems Ltd and FPL Energy, part of the US energy giant FPL Group Inc which also owns the utility Florida Power and Light (now NextEra Energy). By the end of 2004, after nearly 20 years of operations, past FloWind wind farms underwent complete repowering and nearly all of FloWind’s turbines had been removed. 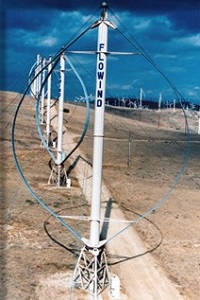 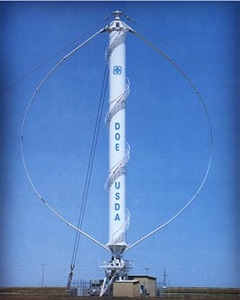 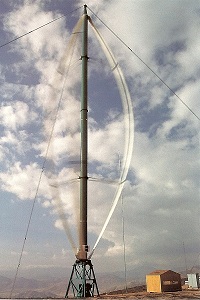 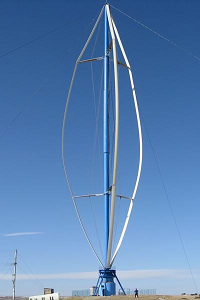